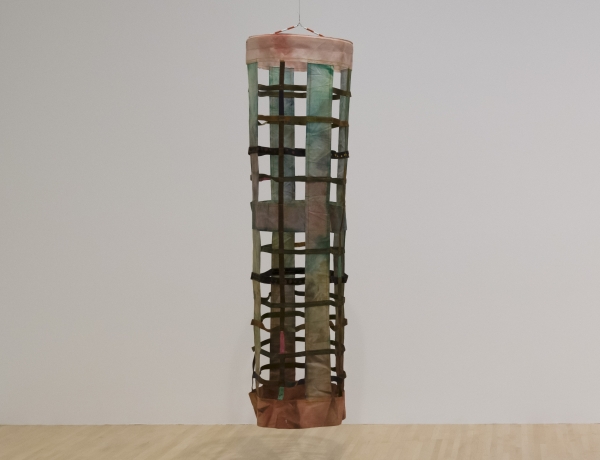 With Pleasure: Pattern and Decoration in American Art 1972–1985

With Pleasure: Pattern and Decoration in American Art 1972–1985 is the first full-scale scholarly survey of this groundbreaking American art movement, encompassing works in painting, sculpture, collage, ceramics, installation art, and performance documentation. Covering the years 1972 to 1985 and featuring approximately fifty artists from across the United States, the exhibition examines the Pattern and Decoration movement’s defiant embrace of forms traditionally coded as feminine, domestic, ornamental, or craft-based and thought to be categorically inferior to fine art. Pattern and Decoration artists gleaned motifs, color schemes, and materials from the decorative arts, freely appropriating floral, arabesque, and patchwork patterns and arranging them in intricate, almost dizzying, and sometimes purposefully gaudy designs. Their work across mediums pointedly evokes a pluralistic array of sources from Islamic architectural ornamentation to American quilts, wallpaper, Persian carpets, and domestic embroidery. Pattern and Decoration artists practiced a postmodernist art of appropriation borne of love for its sources rather than the cynical detachment that became de rigueur in the international art world of the 1980s. This exhibition traces the movement’s broad reach in postwar American art by including artists widely regarded as comprising the core of the movement, such as Valerie Jaudon, Joyce Kozloff, Robert Kushner, Kim MacConnel, and Miriam Schapiro; artists whose contributions to Pattern and Decoration have been underrecognized, such as Merion Estes, Dee Shapiro, Kendall Shaw, and Takako Yamaguchi; as well as artists who are not normally considered in the context of Pattern and Decoration, such as Emma Amos, Billy Al Bengston, Al Loving, and Betty Woodman. Though little studied today, the Pattern and Decoration movement was institutionally recognized, critically received, and commercially successful from the mid-1970s to the mid-1980s. The overwhelming preponderance of craft-based practices and unabashedly decorative sensibilities in art of the present-day point to an influential P&D legacy that is ripe for consideration. 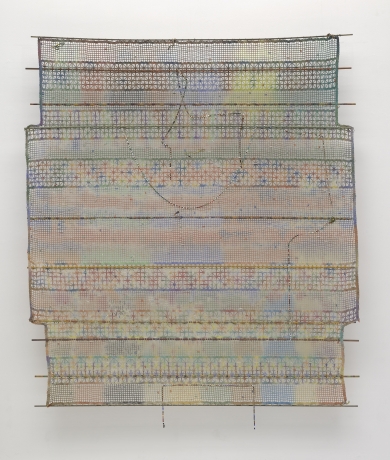 The first-ever artist-curated exhibition mounted at the Guggenheim celebrates the museum’s extensive collection of modern and contemporary art. Curated by Cai Guo-Qiang, Paul Chan, Jenny Holzer, Julie Mehretu, Richard Prince, and Carrie Mae Weems—artists who each have had influential solo shows at the museum—Artistic License brings together both well-known and rarely seen works from the turn of the century to 1980.

Each artist was invited to make selections to shape a discrete presentation, one on each of the six levels of the rotunda. With the museum’s curators and conservators, they searched through the collection in storage, encountering renowned masterpieces while also finding singular contributions by less-prominent figures. The resulting exhibition presents nearly 300 paintings, sculptures, works on paper, and installations, some never before shown, that engage with the cultural discourses of their time—from the utopian aspirations of early modernism to the formal explorations of mid-century abstraction and the sociopolitical debates of the 1960s and ’70s. On view during the 60th anniversary of the Guggenheim’s iconic Frank Lloyd Wright–designed building, Artistic License honors the museum’s artist-centric ethos and commitment to art as a force for upending expectations and expanding perspectives.