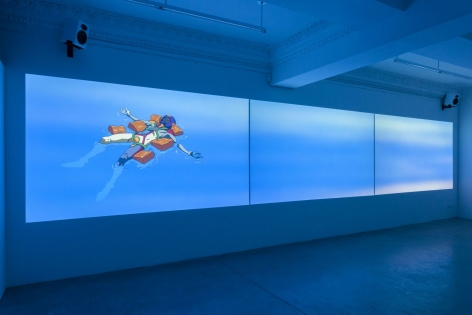 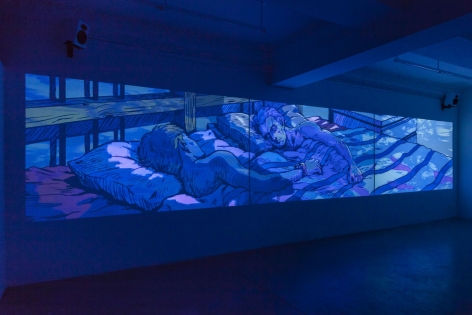 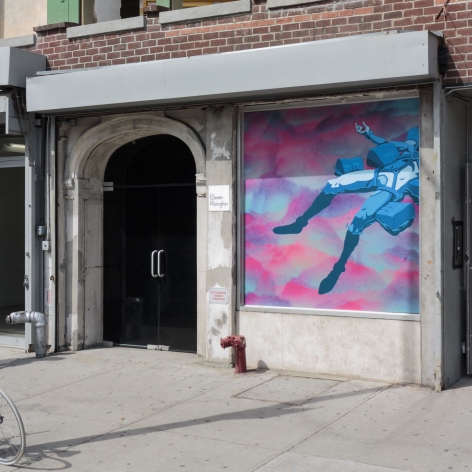 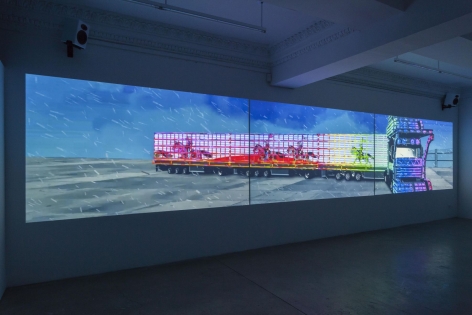 New Year is a visually rich depiction of city life that fuses science fiction with the domestic. Through omniscient narration, Shecter's hybrid of personal journal and animated science fiction follows the lives of a gay married couple, a melancholy astronaut, and two wild dogs living in a reality not quite our own. The combination of fantasy and realism connects to the work's exploration of false memory, the vivid recollection of events that may or may not have occurred. In doing so, Shecter has created landscapes and characters that populate a city like New York, but in an unspecified reality and time.

Adam Shecter was born in Dallas, TX in 1976 and currently lives and works in New York.  Shecter was educated at McGill University, Montreal and Bank Street College of Education, NY; he attended The Skowhegan School of Painting and Sculpture in 2006.  He is a 2014 MacDowell Fellow in Film and Video, and was selected for the Drawing Center’s inaugural Open Sessions Program. He has had solo exhibitions and screenings at St. Ann’s Warehouse Experimental Puppet Lab, Brooklyn; Bielefelder Kunstverein, Germany; and Konstforeningen Aura, Sweden, among others.  Shecter was included in the 2012 Queens International at the Queens Museum of Art, NY.  His work has been reviewed and featured in the New York Times, The New Yorker, and Time Out magazine, among others.