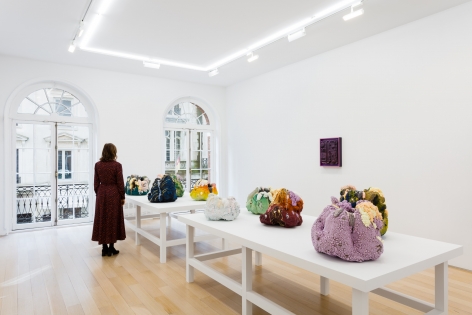 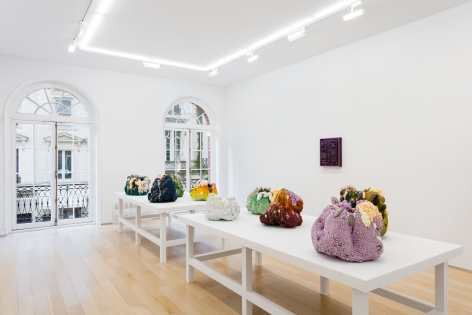 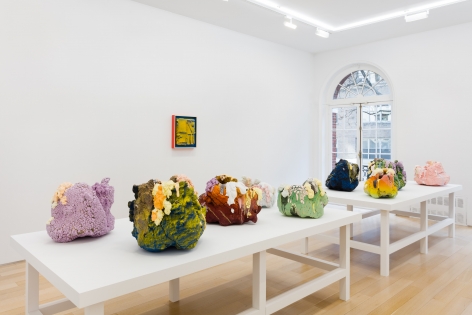 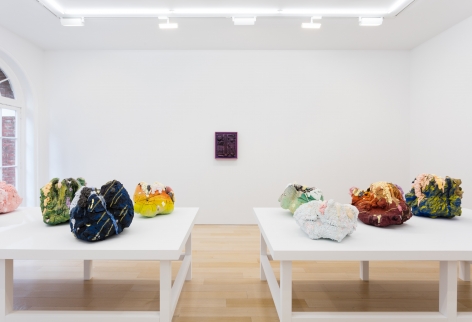 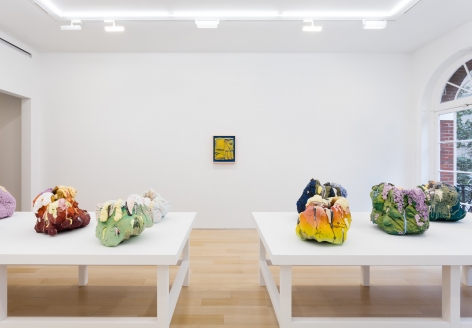 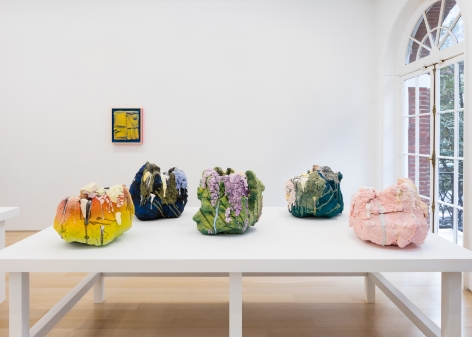 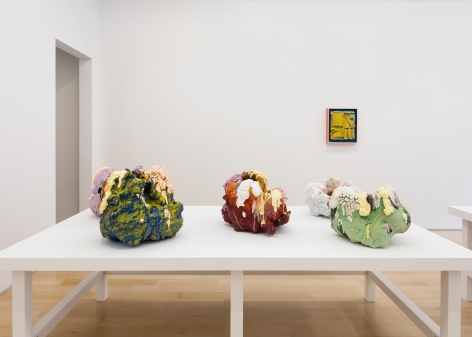 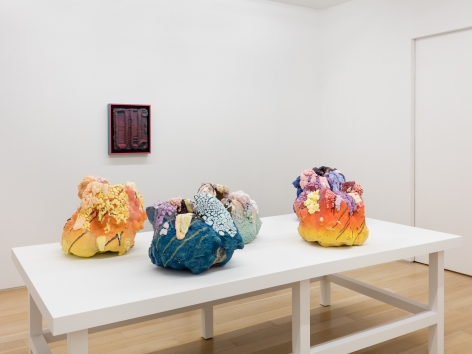 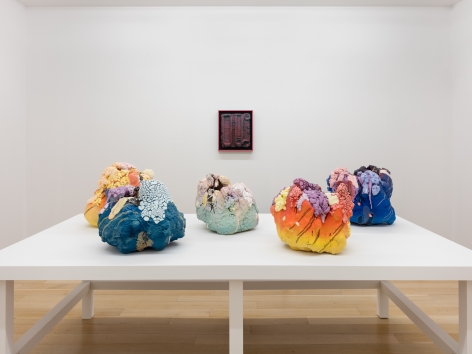 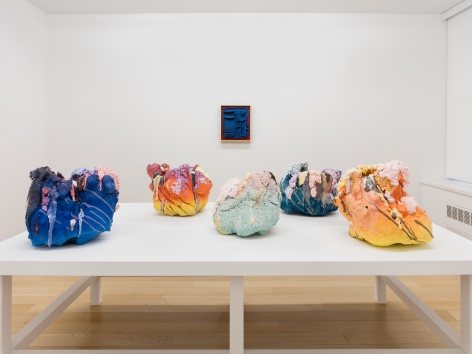 Van Doren Waxter is delighted to open a new exhibition by Los Angeles based artist Brian Rochefort, on view from January 9 – February 16, 2019 at 23 East 73rd Street. Titled 2030, this is the artist’s second solo exhibition with the gallery and will feature recent ceramic sculptures as well as a new group of wall-based works. Rochefort’s arresting and highly activated glazed stoneware and glass works suggest forms or phenomena in the natural world; his new efforts highlight his technical experiments in color and texture revealing his progression towards a larger scale. Rochefort’s works have been included in recent museum survey exhibitions such as From Funk to Punk: Left Coast Ceramics at the Everson Museum of Art in Syracuse, NY and Regarding George Ohr at Boca Raton Museum of Art, FL, where his work was shown alongside pioneering artists working in ceramics such as Ron Nagle, Ken Price, and Kathy Butterly – artists whom Rochefort names as prominent influences in his own practice.

Brian Rochefort’s deep interest in nature and the environment continues to stimulate his evolving practice, inspiring him to play and further experiment with ceramic, glaze, and glass. The title for the exhibition – 2030 – refers to the year that a United Nations panel has stated is the final year by which humans can effectively combat extreme climate change. In the past 16 months, the artist has traveled twice to the Amazon rainforest, as well as the outer reaches of Bolivia, Colombia, Costa Rica, Ecuador, Panama, and Peru. These intense and fragile ecosystems encompass tropical rainforests, volcanic topography, and host myriads of natural creatures and aquatic life, which the artist carefully observes, studies, and takes photographs of.

In his new series of wall-based objects he experiments with sand-like texture and color gradients, which he mixes himself, evoking imprints made on washed over beach or riverbed.

The iridescence of tropical bird feathers, the crackling shells of rock formations, and the slippery surfaces of humid nature make their appearance in Rochefort’s series of ceramic ‘craters’ – vessel like formations covered in optically charged glazes and finishes, often with touches of molten glass which seem to be caught in mid-drip movement. Each work is built up of layers of mud and slip clay, which the artist repeatedly breaks and builds back meticulously over a period of time, and then fires, airbrushes, and glazes - over multiple firings, or as the artist enthuses, “as many glazes as possible until I can’t fire anymore.”

Coral, measuring 18 x 16 x 12 inches, is a striking production of milky and opalescent pink, violet, and sky blue that evinces an intensely physical and tactile studio process and high skill in colorants and gradients. His remarkable fluency and delight in airbrushing was developed during a residency at the Archie Bray Foundation for Ceramic Arts in Montana in the late 2000s when the artist was introduced to visiting technicians and colorists from DuPont. Likewise, Tulipe, with its oozing outer lip, is all over the result of the artist repeatedly “drying, cracking, and spraying” the mottled surface; in this case, the artist pushing the material not only in color to an otherwordly tropical green, but in scale—the work to date  is one of his largest creations.

Brian Rochefort (b. 1985) was educated at Rhode Island School of Design (RISD) and currently lives and works in Los Angeles. In January 2019, he will participate in The Mistake Room artist residency and project in Guadalajara, Mexico. Rochefort recently had a solo exhibition at Sorry We’re Closed in Brussels, Belgium. Recent group exhibitions include The Cabin, Los Angeles; Steve Turner Gallery, Los Angeles; and Retrospective Gallery, Hudson, NY.